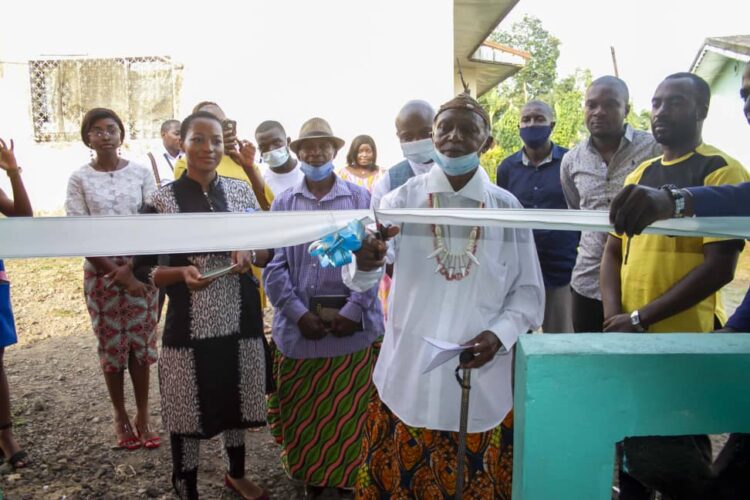 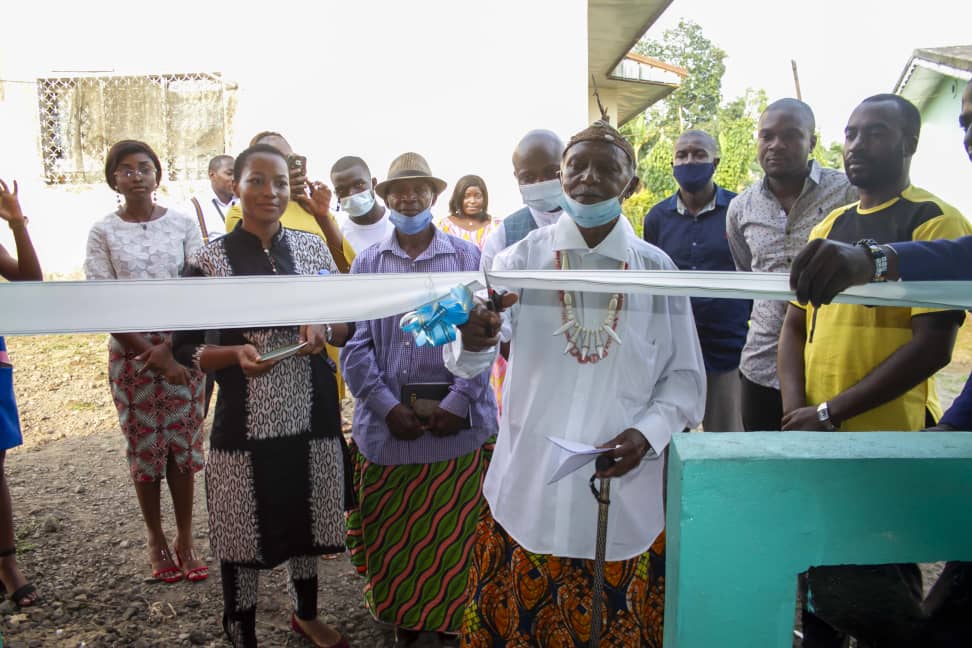 Saturday, 13th of March 2020, marked the official launch of Local Youth Corner Cameroon’s Regional office in Buea, South West Region of Cameroon. This office will serve as a coordinating institution for her projects within the South West, North West , West and Littoral regions.  LOYOC’s operations for the last 18 years have been led by her offices based in Yaoundé (which covers Centre, South and East Regions), Her first regional office in Maroua (which covers the Far North, North and Adamawa regions). Today, LOYOC is very delighted to set up this new office in Buea which will help amplify her operations within the targeted regions.

The event kick started with an opening word from the Program Manager of the Regional Office Mr. Ntui Oben and the Executive Director Mr. Achaleke Christian. Later on was a word from the chief of Naanga village, chief Njoh Fritz Esaka who officially launched the office by cutting the ribbon. Those in attendance ( civil society organizations, INGOs, the Hon Member of Parliament for Buea Urban, the mayor of Buea, the Cameroon National Youth Council, administrative

The ceremony continued with a blessing from Rev. Akijika Godlove who blessed the institution and the event by his preaching and a word of prayer. Then, the Executive Director, Achaleke Christian made an introduction of Local Youth Corner Cameroon. He presented the organigram of the organization, the institution’s past achievements, projects executed and the recently developed 5 years strategic plan of LOYOC. He also spoke in appreciation of all our partners and well-wishers who have worked with the institution for the past years. This new Regional Office is headed by a Regional Program Manager Mr. Ntui Oben Obi Agbor. During the event, he introduced the staff whom he works together with to achieve the vision and mission of the organization. He leads a team of vibrant young men and women who have all shown commitment in contributing to peace and conflict prevention and transforming violent extremism. This introduction of staff was followed by a networking session and a musical interlude from an artist Percy Alian while a cocktail was on going. This event ended on a good note with a popping of Champaign and a toast. This was followed with a blessing from the chief of Naanga village, chief Njoh Fritz Esaka and a closing remark from Mr. Achaleke Christian.