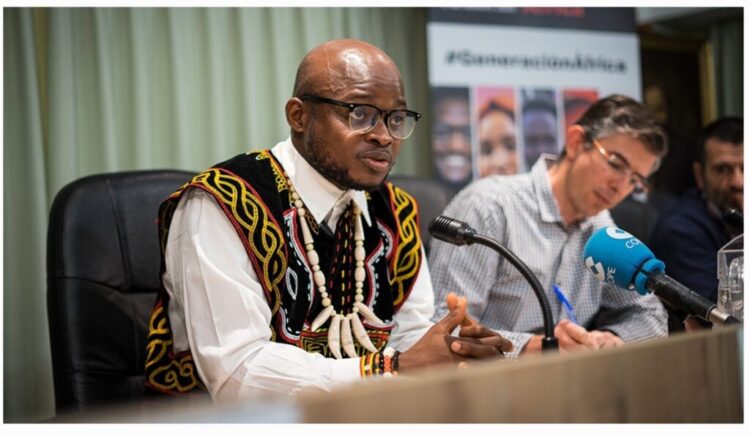 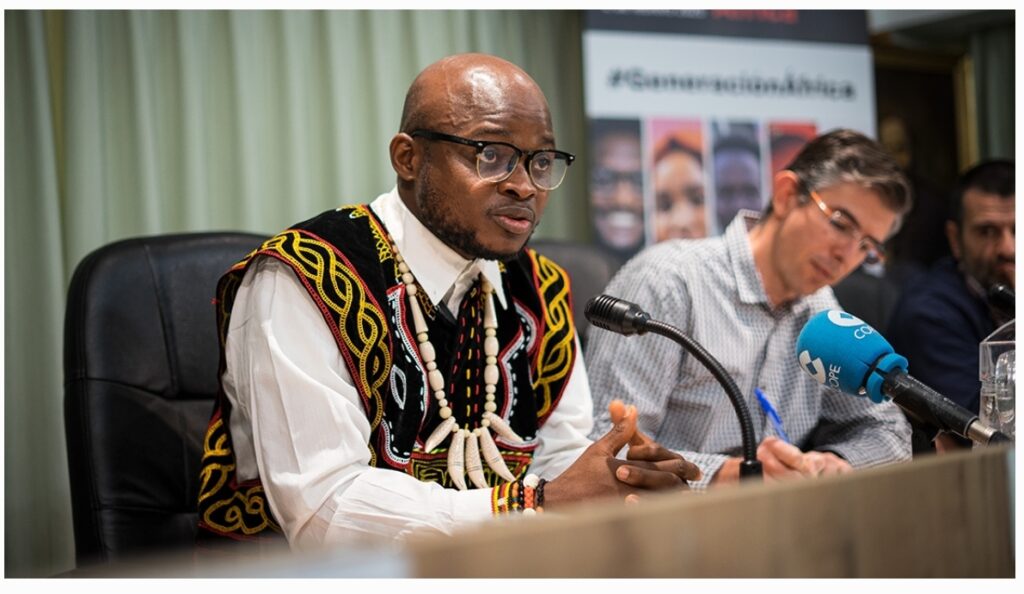 At the start of the year 2021, the Board of Directors decided to appoint Mr Achaleke Christain Leke as Executive Director of Local Youth Corner Cameroon in keeping with the programmatic reorganization of the work of the organisation. Mr Achaleke will continue in his role as National Coordinator in keeping with the complimentary associative status of the LOYOC Cameroon. Effective 01 February 2021, this decision was made during the Organisation’s first statutory meeting of the Board of Directors which took place on January 15th 2021 in Yaounde.

Mr Achaleke who joined the organisation in 2007 as a volunteer while in secondary school, has grown with it and served in different capacities including; Project Officer, Project Manager, Programmes Manager, Deputy National Coordinator. He was elected National Coordinator in 2014 and has for the past six years, worked tirelessly to transform the Organisation, reorienting its focus and improving programme delivery towards diverse constituencies in Cameroon. In this period, Mr Achaleke has contributed to wide-ranging international and national processes, including high-level policy processes around the use of local solutions to promote peace and social cohesion and to combat the growing phenomenon of youth involvement in violent extremism affecting many nations across the world. 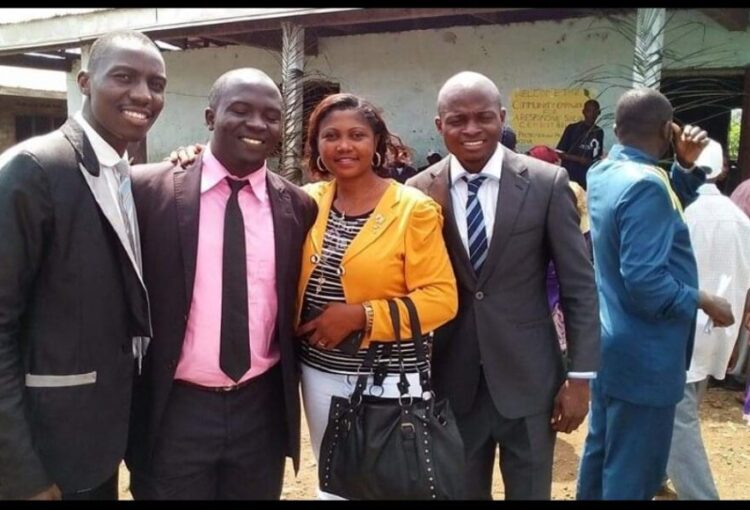 Reflecting on the appointment of Mr Achaleke as Executive Director, Mr Emmanauel Sanyi, Chairperson of the Board of Directors of Local Youth Corner Cameroon says:

“ Achaleke who took over complete leadership of this vision in 2014 and has since shown us that everything is possible. With very little support he has been able to transform this community organization we started in 2002 into one of Cameroon’s finest youth-led civil society with a reputation that has changed the perspective about young people both home and abroad. He is an inspiration”

Achaleke’s early days with the organization saw him supporting the Organizations programmes through theatre. Upon ascending leadership, Achaleke was able to look beyond the financial realities within youth-civil society to build a team of young people to serve the organization and work toward building a well managed and accountable institution. Among his achievements as National Coordinator, Achaleke tripled the impact of the organization from the delivery of three projects annually to over seven, and growing the partnership and funding record to over 100  projects between the years 2017 and 2020. 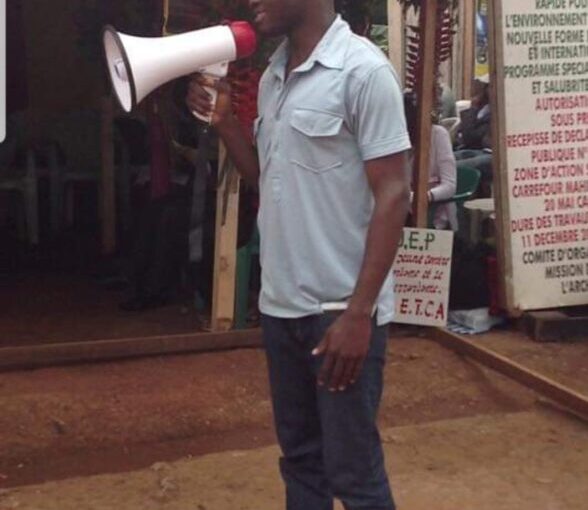 Under his leadership, Mr Achaleke has successfully expanded LOYOC’s impact to the 10 regions of the country and has led the creation of two regional branches of the organization in the Southwest Region and the Far North Regions. Achaleke equally extended the institution’s mandate to monitoring and evaluation, research and publishing with over 4 books and 6 articles published between 2017 to 2020. Under his leadership opportunities for paid employment have been created for many young people, with a current staff capacity of 20 paid and serving full time, 10 volunteers/interns and over 50 consultants and experts engaged each year.

Achaleke has grown from a volunteer and community activist to an acclaimed development professional on the National as well as the international stage. Achaleke has served as an expert with several national and international organizations including; Government Ministries in Cameroon and abroad, the Commonwealth Secretariat, UNESCO, UNFPA, UNDP, OECD, the World Bank and several diplomatic missions in Cameroon. He obtained an MSc in International Development from the University of Birmingham, the United Kingdom as a Chevening Scholar in 2017. He has occupied several national and international positions including serving

“I feel very honoured by this appointment. From day one I never thought I could go this far. It has been a journey of working with amazing colleagues, supported by inspiring mentors, partners and donors. Several times I felt like letting go and taking up a full-time job that could provide stable financial income, but my passion to drive real change in communities kept me here and I must say the joy of impacting lives cannot be compared to any financial gain. There is joy in being a servant and learning how to lead, staying accountable and human. This new role will give me an opportunity to serve better and drive transformative change”

In this new capacity, Achaleke will be responsible for, the overall leadership and management of  LOYOC’s operational and administrative functions. Working under the guidance of the LOYOC Board, the Executive Director defines the organization’s strategic vision and is accountable for its implementation and the results achieved.

“Working with Mr Achaleke for the past 5 years has been amazing. He is a visionary and servant leader. He is guided by key moral and ethical values. When people visit us sometimes they wonder who the head is because he is always so humble and interactive. I am convinced he will lead this organisation to the best”    –Mr Besong Mallet, Human Resource and Administrative Coordinator, Local Youth Corner Cameroon 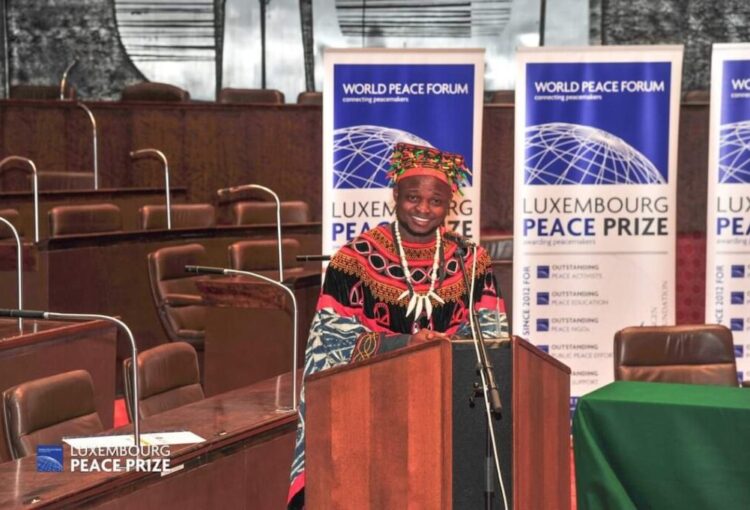 Achaleke has earned several National and international recognitions in his career some of which include;